TONY STEWART WINS WILD NASCAR SPRINT ALL-STAR RACE !
---
Saturday, May 16, 2009
LOWE'S MOTOR SPEEDWAY
Concord, North Carolina
---
After a wild 10-lap last segment, Tony Stewart thrilled fans and banked $1 million on Saturday night with a win in the NASCAR Sprint All-Star Race. He led only two laps before taking the checkers. This was Stewart's first victory in the NASCAR Sprint All-Star Race. It was also Stewart's first victory as a Sprint Cup team owner.
---
Along with the race, there were all-day festivities at LMS, including KEVIN COSTNER and His Band, and a big part of it all was RIC FLAIR.
---
I was told by KENT BERNHARDT, Production Coordinator for the PERFORMANCE RACING NETWORK, that the lines for 'SPACE MOUNTAIN' were long all-day long.
---
And RIC disappointed no one. He was 'The Man' as always.
---
Thanks to Kent for sharing these festivities photos. 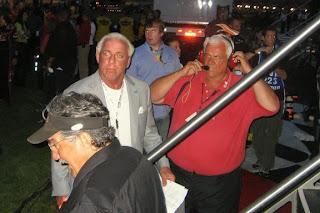 FLAIR on his way to the huge stage. 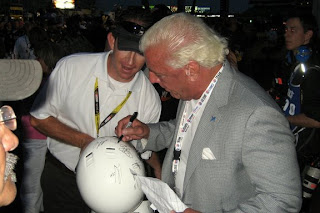 One of the countless autographs signed throughout the day. 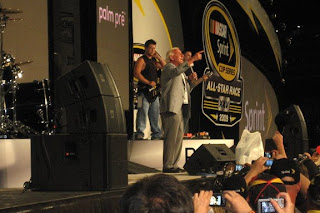 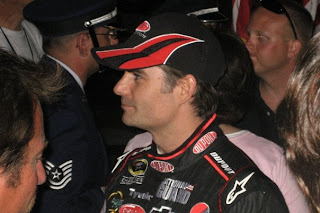 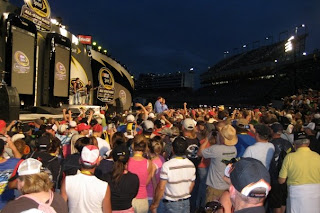 The impressive stage and huge crowd (and that's not counting the fans in the grandstands). 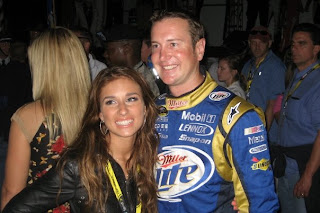 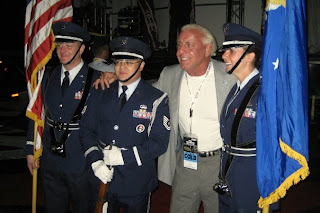 RIC poses with the Honor Guard before the ceremony.