I know that nothing can last forever.

While we have certain things, we tend to take them for granted. These things can range from cars, houses, school to family members, friends, etc.

After they are gone, we must rely on our memories, talking with others, and in some cases, recorded images of the things we hold close to our hearts.

Throughout the years, I have taken a good bit of criticism from some folks for being a fan of professional wrestling.

I have been asked that question more than once.

My blow-off answer is usually something like, "I guess the same reason you love NASCAR or the NFL or college basketball. Most of us all have the same emotions. We choose to direct them at different things."

And since I was eight years old, wrestling has been a part of my life, and I have never regretted it.

I do regret what has happened to the wrestling business over the last twenty-five + years, that the business today is, for the most part, controlled by one individual. That the workers of today don't have the established territories of years ago to improve their talents (yes, there are indy promotions out there, but it isn't the same as going from JIM CROCKETT to EDDIE GRAHAM to DORY FUNK SR.)

And for everyone who is affected negatively by the business as it exists today, I am saddened.

But, nothing can last forever.

Below are photos of some of the folks who were fortunate enough to work in the 'heyday' of the business. 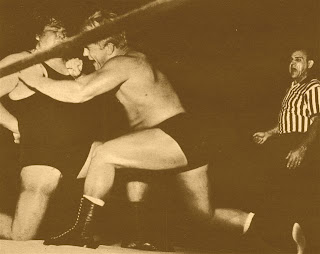 LES THATCHER battles BULL RAMOS at CHARLOTTE'S PARK CENTER.
This match was in 1968. (The referee is ANGELO MARTINELLI.) 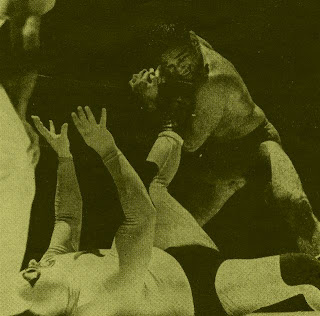 ABE JACOBS has the upper hand on THE GREAT BOLO.
(At least, for the time being.) 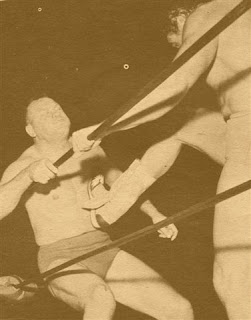 TEX McKENZIE battles GENE KINISKI for the NWA WORLD HEAVYWEIGHT CHAMPIONSHIP.
(I witnessed one such encounter of these two at the original CHARLOTTE COLISEUM. KINISKI took two falls of three to remain champ.) 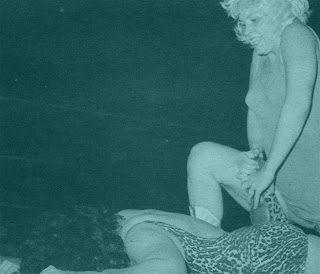 PENNY BANNER and THE FABULOUS MOOLAH battle it out.
(In my opinion, the top two women wrestlers of their era.)

NELSON ROYAL gets tangled up in his work, with RIP HAWK's help, at CHARLOTTE's PARK CENTER.

TONI ROSE is whipped into the corner by JUDY GRABLE.