EARLY ON WITH HAWK AND HANSON 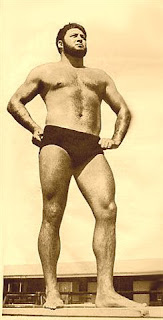 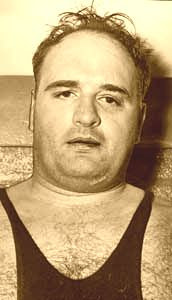 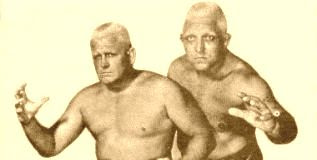 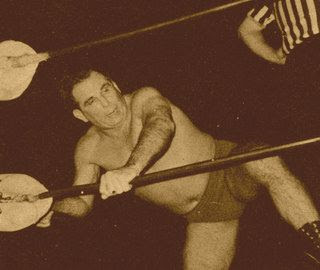 The popular champions have powerful opposition tonight when they defend their tag crowns against tough guys RIP HAWK and SWEDE HANSON in a best-of-three falls title match.

Two other bouts have been signed for tonight's card.

To kick off the evening at 8:15, LEXINGTON newcomer DANNY DALE will test the veteran Frenchman FRANK VALOIS.
Posted by Mike Cline at 2:46 AM No comments: