Absent from the photo are Carroll Hall and Steve Hall.

Policy dictates we cannot be photographed all at one time - for security reasons.

Blake Arledge tried it once and later had both of his kneecaps broken. 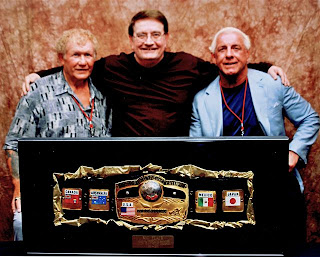 in their classic battles.

(An annoying fan stands between the champs.) 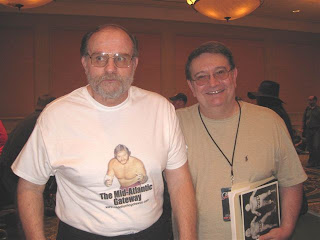 There is only one OLE ANDERSON.

(I used to love to hate him when he wrestled. Now I just love him.) 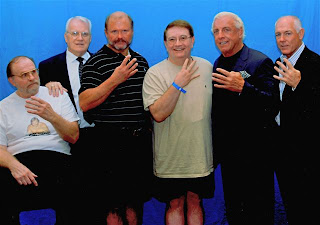 The original FOUR HORSEMEN all together for the first time in twenty-three years.

Only time will tell if they'll all ever assemble again. 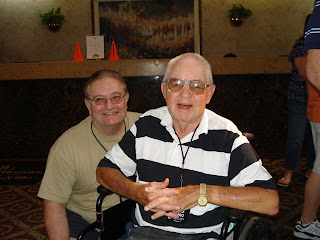 And here's one taken at FANFEST a few years earlier...

FANFEST WAS FABULOUS.
Posted by Mike Cline at 3:29 AM No comments: