HOW MANY DO YOU REMEMBER?

Four decades are represented in today's featured MID-ATLANTIC CHAMPIONSHIP WRESTLING stars of the past.

All of them gave the fans lots of excitement and entertainment. 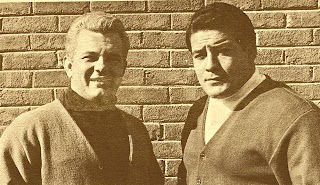 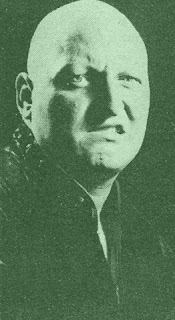 I was planning a trip to CHARLOTTE's PARK CENTER the Monday night an announcer broke into a WBTV afternoon program to announce that wrestling at PARK CENTER for that night had been canceled due to the death of SKULL MURPHY.

BRUTE and SKULL were booked in the night's main event against THE KENTUCKIAN (Tiny Anderson, a.k.a. Grizzly Smith) and MR. WRESTLING (Tim Woods). 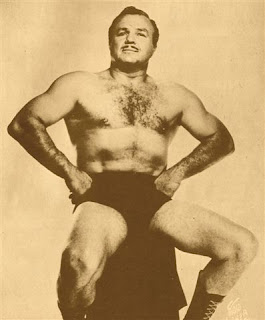 One of the earliest 'heels' I remember in my early days of watching wrestling on WBTV. It was the late 1950s.

While being interviewed by 'Big' BILL WARD, McSHANE handed WARD a broom and told him to sweep the floor. "That's all you're good for," McSHANE told 'Big' BILL. 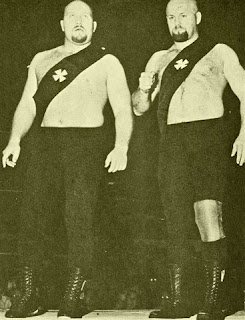 They caused a lot of trouble for opponents in the early 1970s. 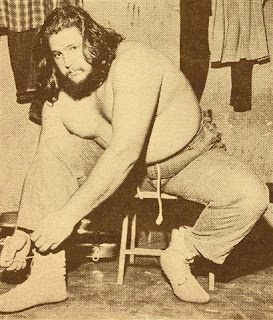 BIG BOY BROWN laces them up.

BROWN was one-half of the incredibly popular duo of THE KENTUCKIANS. TINY ANDERSON (Grizzly Smith) made up the other half.

THE AMAZING ZUMA and SILENTO RODRIGUEZ

ZUMA had several runs with JCP going back to around 1960. RODRIGUEZ was used mostly as 'enhancement' talent. 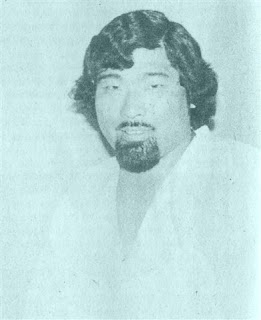 Had a good main event run as partner of THE MASKED SUPERSTAR (Bill Eadie). After they stopped teaming, DUK slid down the card in bookings.

I wish I had a dollar back for every time I saw her wrestle PENNY BANNER. 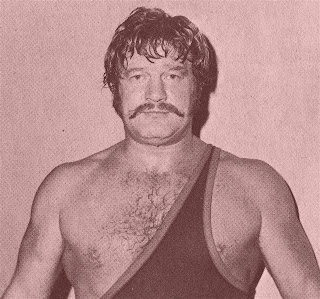 Had several runs with JCP. Earlier in his career here, RED worked main events. Later, in the 1970s, he hovered around mid-card.
Posted by Mike Cline at 2:20 AM No comments: 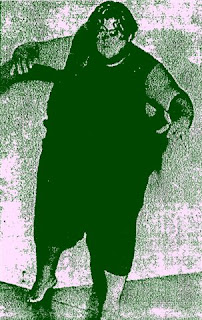 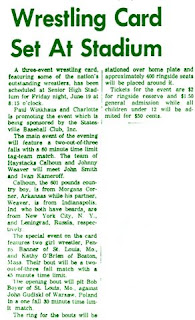 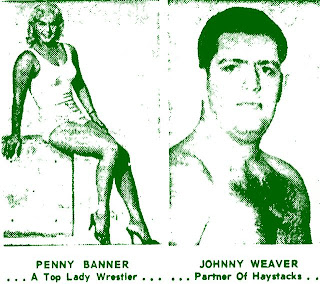 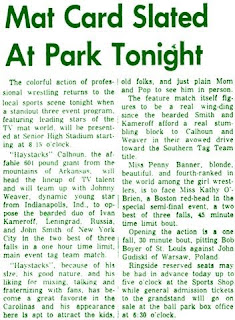 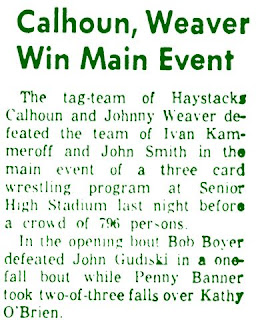 Posted by Mike Cline at 2:40 AM No comments: