All of the wrestling magazines of the past, going back as far as sixty years, were great. I guess we all had our favorites (I always liked WRESTLING REVUE). But one thing missing (I suppose for cost purposes) were photos of our favorite grapplin' stars in full color. And I mean true color. Not the 'air-brushed' photos in which the artists who colored them must have been on some strange chemicals when they worked.

How in the world did THE INFERNOS end up on a magazine cover, and their outfits were orange?

I actually have such a magazine.

So, on the rare occassion, when a reader ran across a nice full-color picture of his favorite wrestler, it was special.

Here are a few that caught my eye... 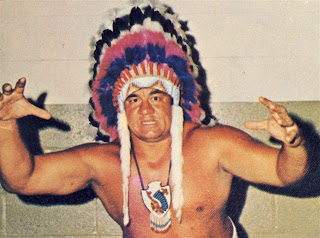 I particularly like this photo because of the grouping of then NWA WORLD HEAVYWEIGHT CHAMPION RACE, who for the most part was working 'heel' at the time, and NELSON ROYAL, a big-time 'babyface'. 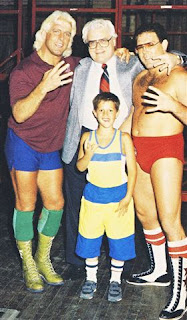 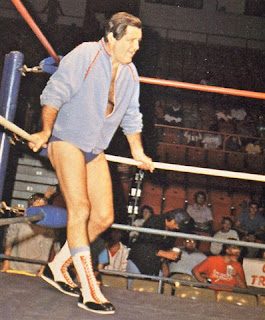 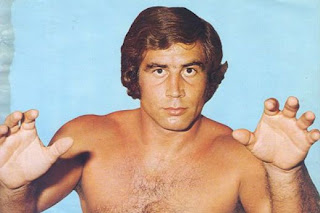 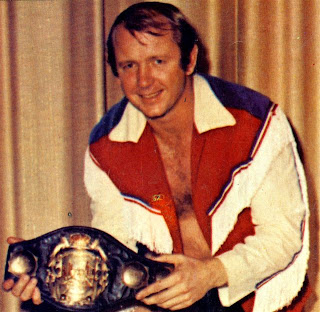 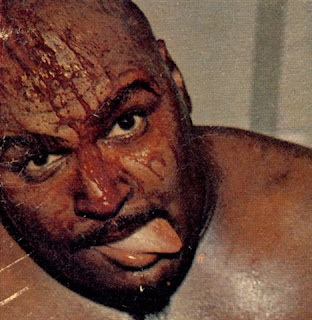 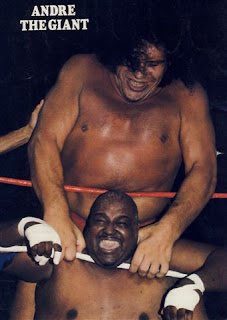 ANDRE THE GIANT versus ABDULLAH THE BUTCHER 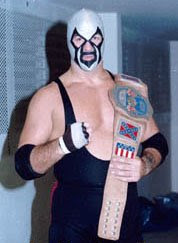 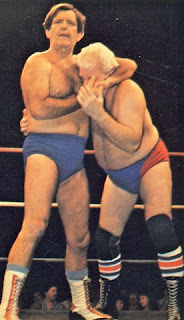 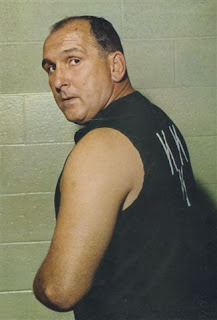 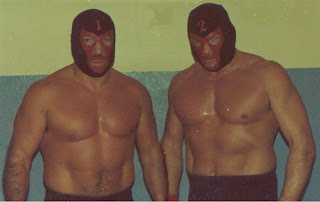 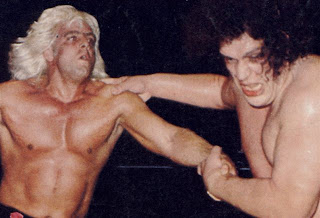 RIC FLAIR versus ANDRE THE GIANT
Posted by Mike Cline at 2:21 AM No comments:

A MONDAY SALUTE TO THESE CROCKETT STARS

One would have to go back fifty or more years to remember all of these superstars who appeared in JIM CROCKETT PROMOTIONS...

Semi-reluctantly, I admit I am one who qualifies... 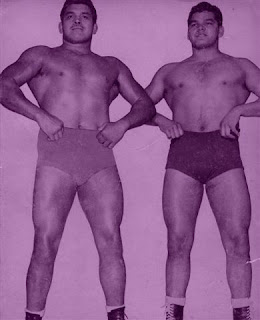 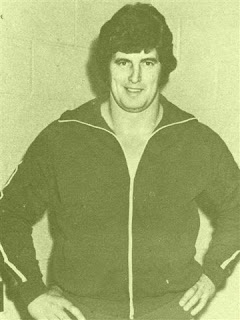 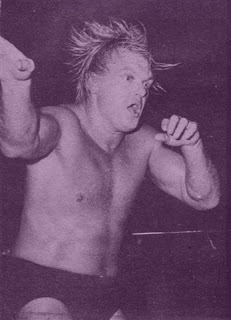 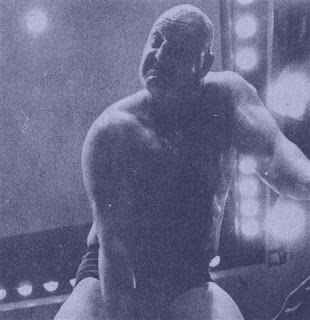 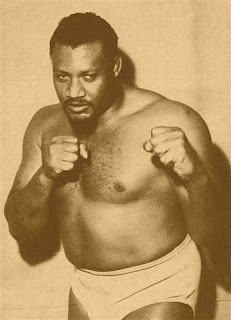 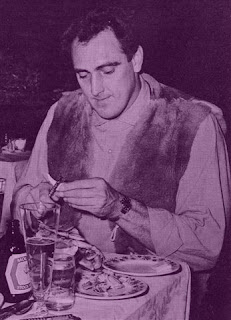 TEX McKENZIE
Posted by Mike Cline at 2:44 AM No comments:

In doing research for future blogging topics, I have come across some photographs of a number of wrestling stars who, during their careers, entertained MID-ATLANTIC CHAMPIONSHIP WRESTLING fans throughout the many years.
---
For a variety of reasons, these pictures jumped out at me as being "out of the norm", so I thought I would share them with you all... 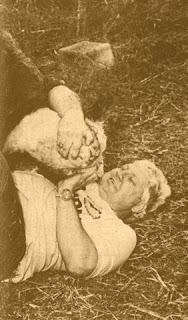 Here is DICK with a farm animal.
Fill in your own caption on this one. 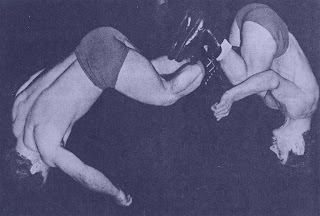 No, this photo isn't printed wrong side up. It was taken this way, proving how acrobatic the 'midget' wrestlers could be. 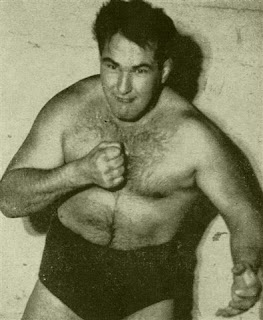 I about freaked when I saw this one.

It's JIM 'BRUTE' BERNARD with a full head of hair. 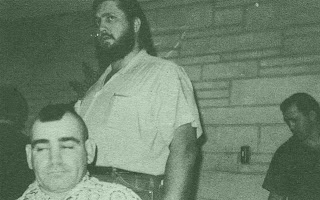 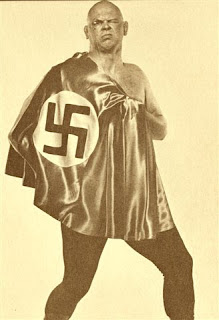 There have been many German-character wrestlers, and generally, they wrestled as 'heels' in the U.S., continuing the political turmoil between the two countries during two World Wars.

It was generally assumed that the German guys would wear the 'German Cross' as their symbol to the homeland, NOT Nazi emblems (for obvious political reasons).

So this really knocked me for a loop when I saw this photo of our beloved BARON VON RASCHKE breaking the wrestling tradition and utilizing the Nazi insignia in his character.

The BARON never used this in JCP. It was at a point in his career before he worked in the MID-ATLANTIC territory. 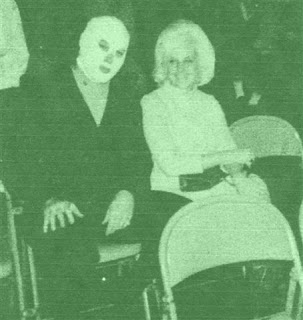 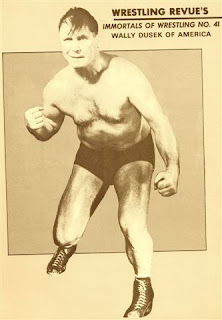 Many remember WALLY as the WGHP-TV wrestling show and GREENSBORO COLISEUM announcer. Here's a photo of when WALLY wrestled as one of the infamous DUSEK brothers.
Posted by Mike Cline at 2:13 AM No comments:

THE PROFILE AND THE MEDICS

There's an old adage that "nice guys finish last," and that's the promise of the mystery team of THE MASKED MEDICS and RIP "The Profile" HAWK, joining forces to take on three "nice guys" at tonight's PARK CENTER wrestling card.

Opposing "The Profile" and THE MEDICS will be ABE JACOBS, LENNY MONTANA and DON McCLARITY, three tough cookies who prefer to wrestle cleanly. Just whether each trio will stick to its tested methods, and what the opposition will do if this is the case, will make for an interesting two-out-of-three falls main event.

The 8:15 opener bills HENRY PHILLIPS against "Roughhouse" SONNY FARGO for a one fall, twenty minute match.
Posted by Mike Cline at 2:13 AM No comments: