A rematch between two top rivals, along with the debut of a world famous Oriental team, features professional wrestling tonight at the LEXINGTON YMCA.

One provision is that referees be changed, and BECKER must approve the new referee. VILLA says referees make no difference to him, and that he will be victorious again tonight. Two-of-three falls will settle it.

The Oriental team debuting tonight is comprised of P. Y. CHUNG of China and TARO MYAKI of Japan, the only Chinese / Japanese team working together in wrestling today. They will face heroes JERRY CHRISTY and ANGELO MARTINELLI in the two-out-of-three falls co-feature.

Action begins at 8:15 with REGGIE PARKS tangling with GYPSY JOE.
Posted by Mike Cline at 2:33 AM No comments:

TWO RIVERS holds a win over LUBICH in their last meeting, a bout that generated hard feelings on both sides, and the rematch should be a honey. It's set for two-of-three falls, one hour time limit.

The semifinal squares off two brother teams for tag team action. Fan favorites GEORGE and SANDY SCOTT go against DOC and MIKE GALLAGHER. This one is set for 45 minutes, two-of-three falls.

All are one fall contests, with the first beginning at 8:15 p.m.
Posted by Mike Cline at 2:10 AM No comments:

MORE STARS THAN IN THE HEAVENS

OK, OK...I didn't make up that phrase. JIM CROCKETT PROMOTIONS never used the phrase either. It was actually the slogan of the movie studio giant METRO-GOLDWYN-MAYER back in the golden 1930s and 1940s.

The phrase, however, could have been borrowed to describe the incredible roster of talent that worked the arenas throughout the years in the MID-ATLANTIC CHAMPIONSHIP WRESTLING territory. 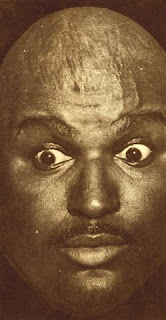 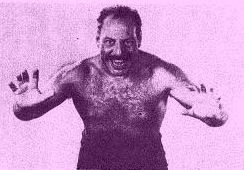 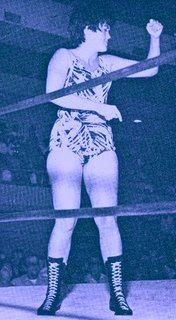 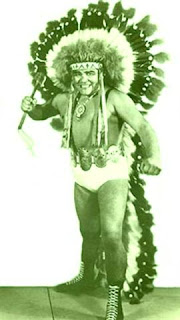 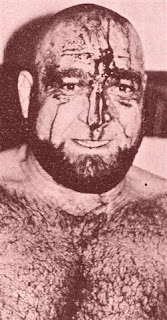 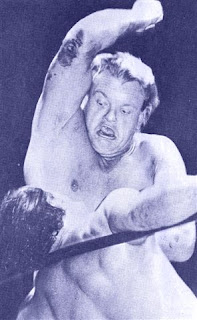 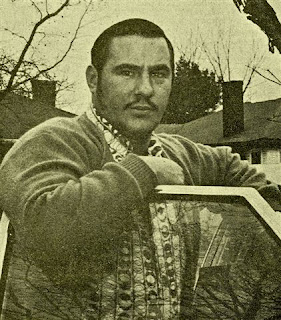 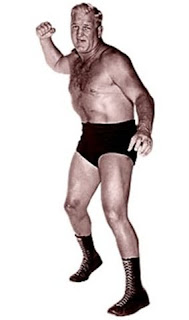 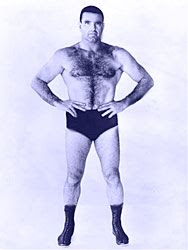 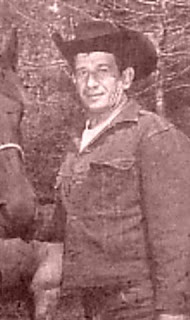 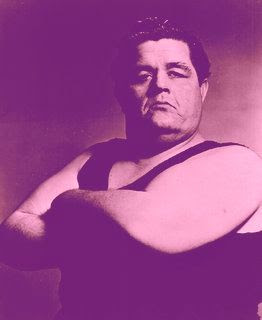 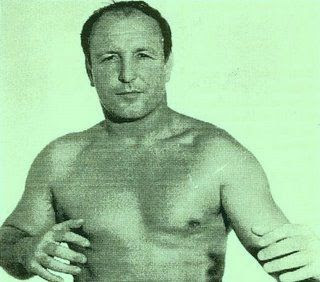 Not one VILLA, but two, will be appearing tonight on Lexington's professional wrestling card at the YMCA.

PANCHO VILLA, the rugged Mexican, will return with his rough partner, big IKE EAKINS, to do battle with the popular combo of DON CURTIS and JOE SCARPA * in the evening's two-out-of-three falls feature match.

MRS. PANCHO VILLA, who many say is as brutal as her husband, will also be on hand tonight in a girls match against the very popular PENNY BANNER.

The opening match of the night will match two ruffians, TINKER TODD and GEORGE 'TWO TON' HARRIS, against one another.

* Joe Scarpa later wrestled as Chief Jay Strongbow.
Posted by Mike Cline at 2:45 AM No comments: