THE ANDERSONS WRECKED THEM 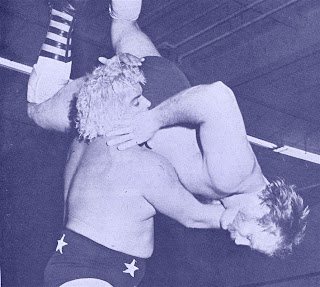 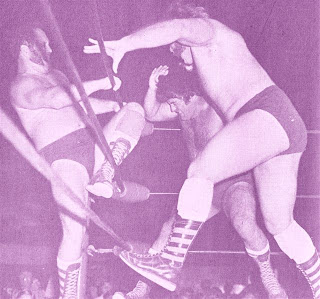 PAUL JONES has to deal with both GENE and OLE ANDERSON. 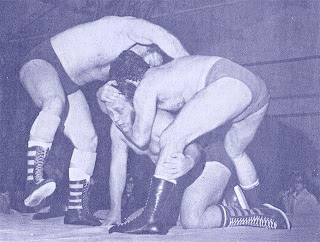 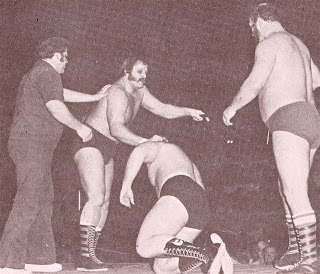 OLE and GENE have GREG VALENTINE in a bad way. 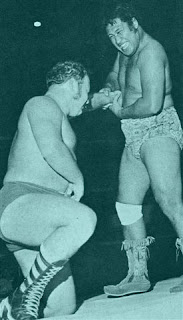 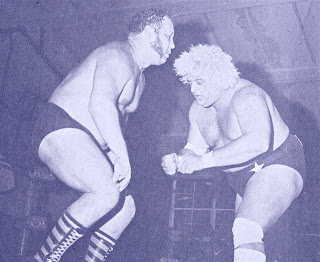 GENE and DUSTY slug it out. 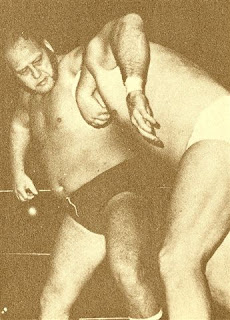 MR. WRESTLING about to slam his face into GENE's fist.
Posted by Mike Cline at 3:35 AM No comments:

The JIM CROCKETT PROMOTIONS / MID-ATLANTIC WRESTLING area was known in the business as the top tag team territory in the U.S.
---
Here are five duos who contributed to earning that reputation... 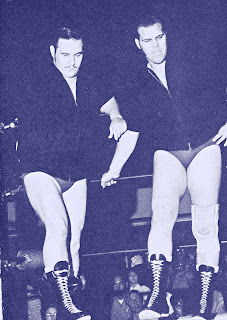 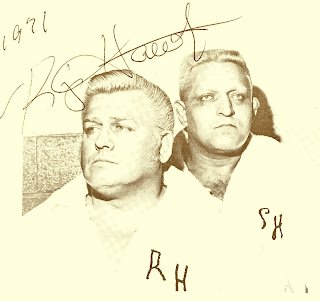 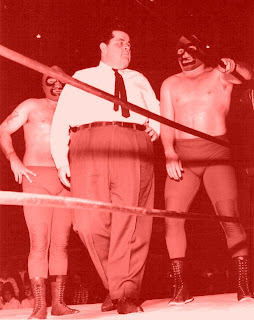 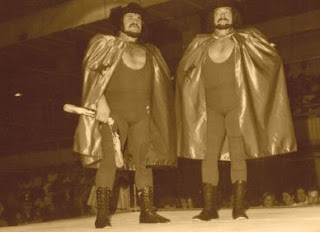 THE ROYAL KANGAROOS
(LORD JONATHAN BOYD and NORMAN FREDERICK CHARLES, III)
Brass Knuckles Champions...as rugged as a team could be. 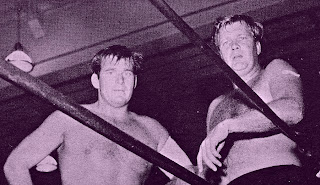 SANDY and GEORGE SCOTT
(THE FLYING SCOTTS)
Next to Becker and Weaver, the top 'babyface' team in JCP during the 1960s.
Posted by Mike Cline at 3:32 AM No comments: