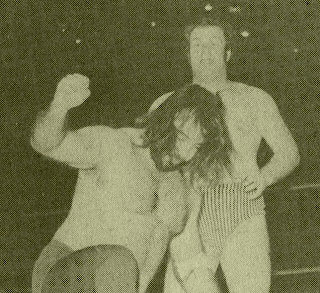 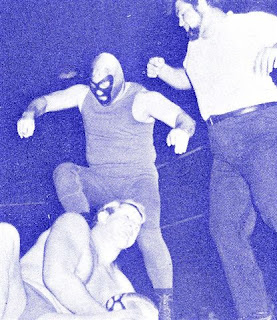 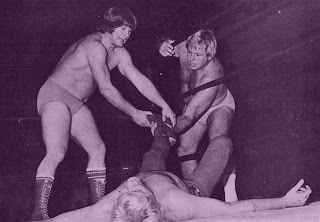 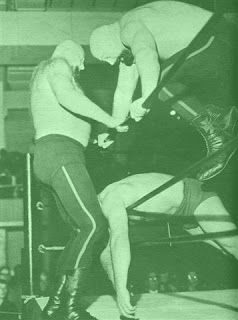 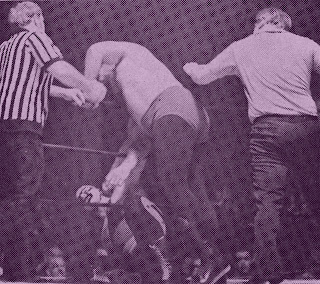 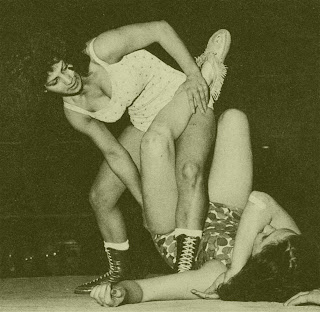 'Camel Clutch' time for GEORGE 'TWO TON' HARRIS. RONNIE GARVIN is in charge.
Posted by Mike Cline at 4:30 AM No comments:

FLAIR THROUGH THE YEARS 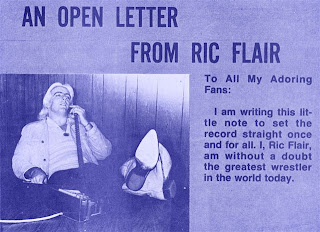 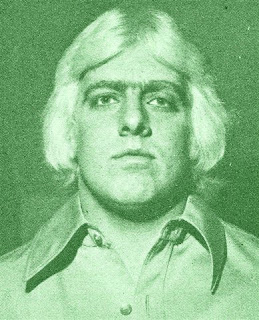 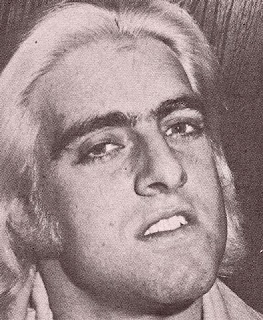 The FLAIR cockiness beginning to appear... 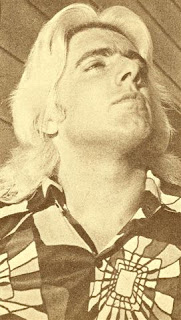 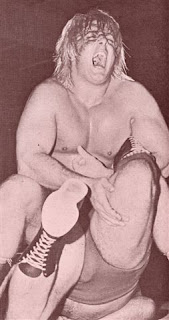 Applying a half-crab on an opponent. 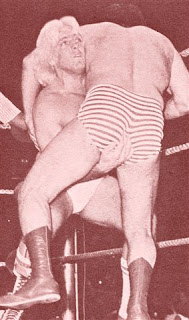 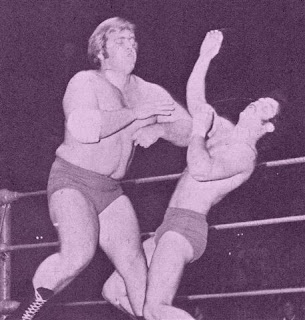 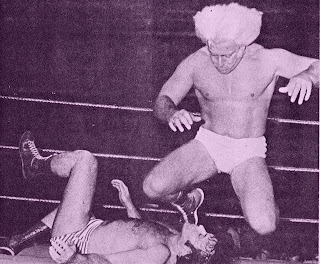 A knee-drop to the chest (later the knee moved northward to the forehead).
Posted by Mike Cline at 4:05 AM No comments:

THE MAN IN WHITE 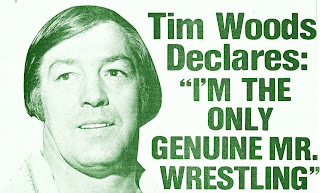 He wrestled barefaced as TIM WOODS. He donned an all-white mask and wrestled as MR. WRESTLING. Either way, he sold a lot of wrestling tickets. 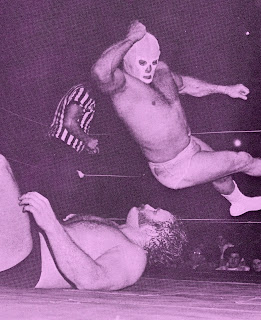 Ole Anderson about to taste a MR. WRESTLING elbow. 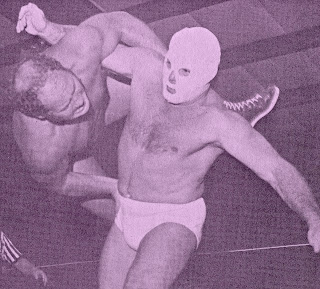 Gene Anderson takes a tumble from the masked man. 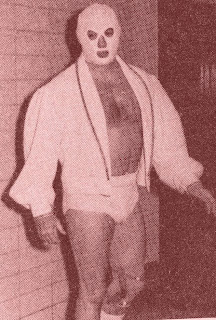 Ready for ring action.
---
George Burrell Woodin began his wrestling career at the age of 29 using the ring name TIM WOODS. He was given the name 'MR. WRESTLING' by Nebraska promoter Joe Dusek. Woodin would go on to become a main event superstar in the Georgia, Florida, Texas and the MID-ATLANTIC territories.

Tim (along with Ric Flair, Johnny Valentine, Bob Bruggers, David Crockett and pilot Michael Farkas) was aboard the 1975 Wilmington, N.C. bound aircraft that
came up short in landing and crashed. Pilot Farkas eventually died from injuries and Valentine never wrestled again. Woods and Bruggers were 'babyface' wrestlers, the rest were 'heels'. To protect the business from exposure, when arriving at the Wilmington hospital, Tim gave his real name and said he was a wrestling promoter. And to quash rumors among wrestling fans that Tim Woods had been on the plane with the 'heels', he was back in the ring within two weeks.

Ric Flair later said in his book 'TO BE THE MAN', that Tim Woods was more than just MR. WRESTLING that day---he was the man who saved the wrestling business.

A gentleman in and out of the ring, Tim Woods passed away November 30, 2002. It's difficult to imagine he's been gone that long.

Just imagine what a hit Tim would have been if he had attended wrestling fan gatherings.
Posted by Mike Cline at 3:15 AM No comments: 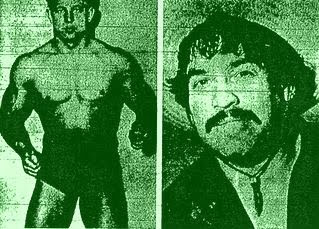 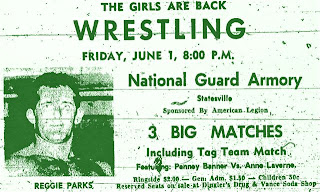 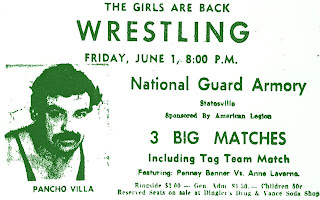 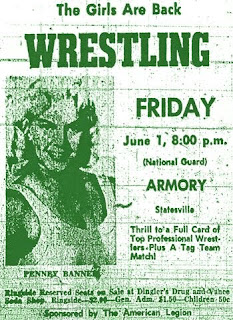 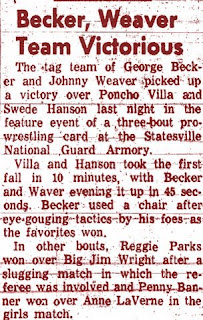