FIVE OF THE GREATS 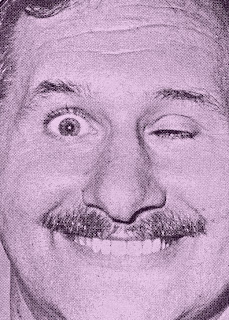 BORIS (THE GREAT) MALENKO
Had a great run in JCP during the 1960s, often teaming with THE MISSOURI MAULER (Larry Hamilton), big singles program with KLONDIKE BILL (Bill Soloweyko).
He died in 1994. 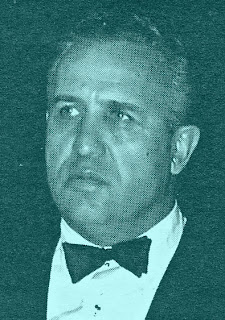 HOMER O'DELL
No question, throughout the 1960s, no performer in JCP generated more heat than this man, and he seldomed wrestled. MR. O'DELL, later COLONEL O'DELL, then GENERAL O'DELL managed ALDO BOGNI / BRONCO LUBICH for a number of years and was on top in programs with every major babyface team in the territory, but most notably GEORGE BECKER and JOHNNY WEAVER. HOMER later managed RIP HAWK and SWEDE HANSON. This man was so hated, I doubt he could walk down a city street in any Carolina / Virginia town without being accosted.
MR. O'DELL has passed away. 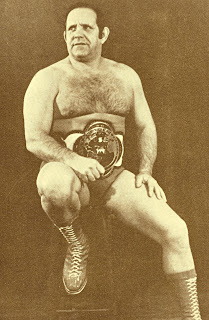 NELSON ROYAL
Top fan favorite who actually entered JCP as a heel (SIR NELSON ROYAL). Worked on top with all the JCP babyfaces during the mid and late 1960s, most notably with TEX McKENZIE, and later with PAUL JONES.
NELSON passed away in 2002. 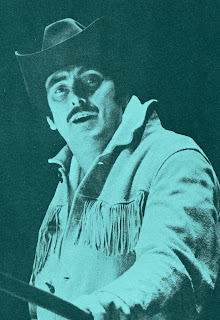 And speaking of TEX McKENZIE (Hugh McKenzie)...
TEX and NELSON ROYAL were a top JCP team for several years, feuding with all the major heel teams. TEX also worked a number of six-mans with GEORGE BECKER and JOHNNY WEAVER.
TEX passed away in 2001. 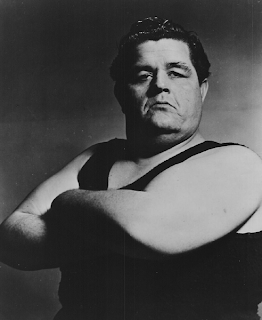 GEORGE HARRIS
Mostly known as 'Two Ton', GEORGE also used the nicknames 'Bunk' and 'Baby Blimp'. A top heel fans genuinely 'loved to hate'. Always proud of his wavy hair, he lost a hair vs. hair match against JOHNNY WEAVER and received a free haircut in the wrestling ring. Later turned to managing such teams as THE MASKED RED DEMONS and ALDO BOGNI / BRONCO LUBICH.
'Bunk' died in 2002.

Any fan who followed JIM CROCKETT PROMOTIONS on their local TV or in their local arenas will certainly remember (and I hope fondly), the five gentlemen I spotlight today.

Sadly, all five are gone, but as long as any of us who booed them or cheered for them are still here, they will live on.
Posted by Mike Cline at 4:01 AM No comments:

HAPPY BIRTHDAY TO ME

However, while doing some research at our local public library, I came across some clippings going back to 1979. Difficult to believe that it's been forty years.

My birthday is September 9th, so when I saw the ad in the SALISBURY POST stating that MID-ATLANTIC CHAMPIONSHIP WRESTLING was returning to SALISBURY, N.C. the night before my natal anniversary, I thought to myself, "What a great birthday present!"

So, two friends and I (along with about another thousand people) headed to the baseball park at CATAWBA COLLEGE for the show.

The ring was set up at home plate, with ringside seats (folded metal chairs) set up all around. Naturally, we were at ringside. 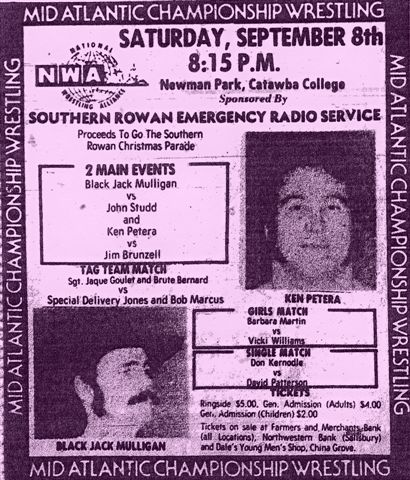 A professional wrestling card, featuring two main events, will be held tonight at Newman Park. Action will begin at 8:15 o'clock.

The features will send BLACKJACK MULLIGAN against JOHN STUDD and JIM BRUNZELL against KEN PATERA.

PATERA is a native of Portland, Oregon, and weighs 300 pounds. He is a former U.S. heavyweight champion and OLYMPIC weightlifting champion. BRUNZELL, a relative newcomer to the MID-ATLANTIC area, is a 230 pounder.

A women's battle will send BARBARA MARTIN against VICKI WILLIAMS. 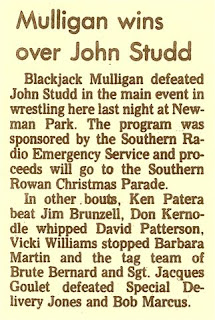 It wasn't my most memorable live wrestling experience by any means. I was never a big fan of either STUDD or BRUNZELL.

But having BLACKJACK and BRUTE BERNARD in town, even for only a few hours, was neat. By 1979, I had loved watching BRUTE work for nearly fifteen years, and I had been in JACK's corner (either 'babyface' or 'heel') since he came to JIM CROCKETT PROMOTIONS.

It was a good birthday.
Posted by Mike Cline at 1:55 AM No comments: 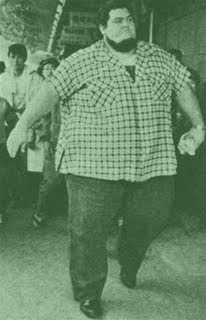 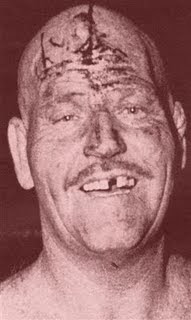 The rules stipulate that a wrestler must be thrown over the top rope down to the arena floor to be eliminated from the match. The last man standing in the ring will be declared the winner and shall receive the top paycheck.

The ten wrestlers involved will first be paired up in five singles matches, then shall return for the evening's BATTLE ROYAL finale.

The five matches are as follows:

GEORGE 'TWO TON' HARRIS
Posted by Mike Cline at 4:40 AM No comments:

LET THEM ENTERTAIN US...

Not necessarily during the same time frame, but nevertheless, they put bodies in the arena seats and always gave us fans plenty of excitement! 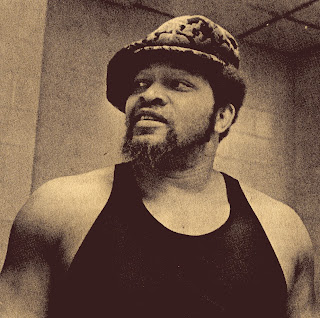 One of the first athletes in pro football (AFL) to wrestle during the off season, starting in 1961. 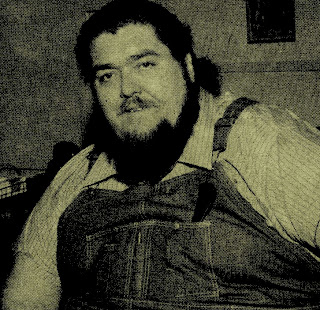 He worked for probably every major wrestling organization in the world and was a chief pioneer for the sport’s super-heavyweight attractions. 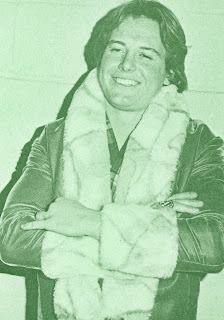 Began wrestling as a pro at age 16 in 1970, highly successful on the West Coast, arriving in JCP in 1980. A top worker in every territory he performed and was inducted into the WWE HALL OF FAME in 2005 by his friend RIC FLAIR. 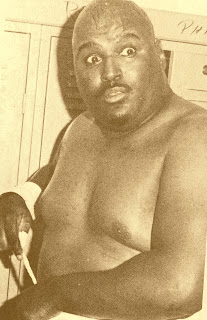 Known as one of the most brutal pro wrestlers of all-time. Not really from the Sudan area, but rather Canada. Many of his top matches were literal 'bloodbaths' by both himself and his opponent. 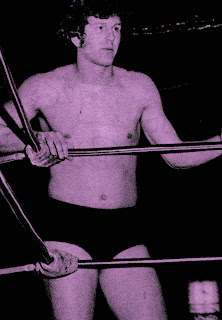 Son of the 'BIG O' BOB ORTON, brother of wrestler BARRY ORTON (BARRY O) and father of current WWE superstar RANDY ORTON. Began wrestling in 1972. Best remembered in the MID-ATLANTIC territory as being one of the wrestlers (DICK SLATER the other) who collected a $25,000 bounty by then NWA World Champion HARLEY RACE to end the career of RIC FLAIR. This led to STARCADE '83's title match in which FLAIR defeated RACE.
Posted by Mike Cline at 2:42 AM No comments: