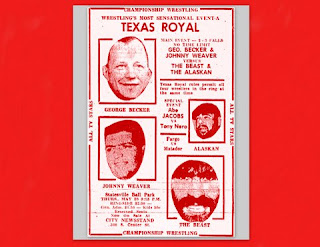 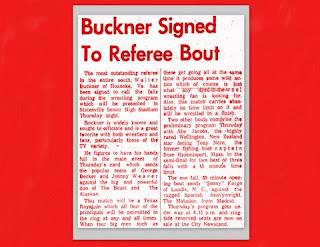 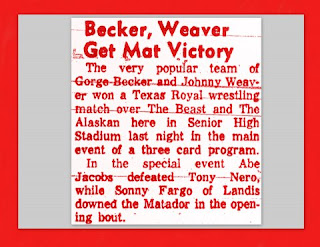 Posted by Mike Cline at 3:33 AM No comments: 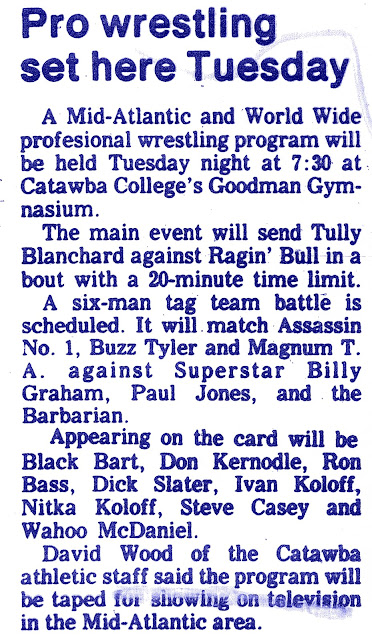 Posted by Mike Cline at 3:02 AM No comments: 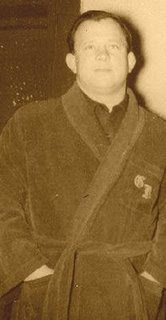 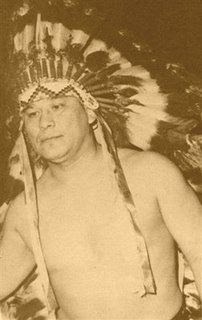 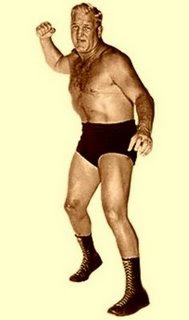 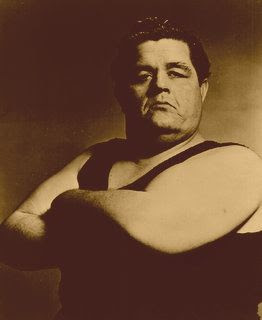 The SOUTHERN TAG TEAM CHAMPIONSHIP will be on the line once again when current champs GEORGE BECKER and BILLY TWO RIVERS defend against the dastardly duo of 'Big' IKE EAKINS and JIM WRIGHT in tonight's two-out-of-three fall main event at the LEXINGTON YMCA.

The two teams were slated to meet last Saturday night for the title, but BILLY TWO RIVERS was injured, so the battle was postponed until this evening.

A new stipulation has been added calling for two referees, one in the ring and one on the arena floor.

A trio of other bouts will round out the evening's card.

TINKER TODD will face CRIS ZAHARIAS in the semi-final.

Two Lexington newcomers, MARK STONE and JIMMY SMITH, will square off in the 8:15 opening contest.
Posted by Mike Cline at 2:29 AM No comments: