AROUND THE CROCKETT TERRITORY

Traveling the MID-ATLANTIC CHAMPIONSHIP WRESTLING territory from Norfolk to Columbia... 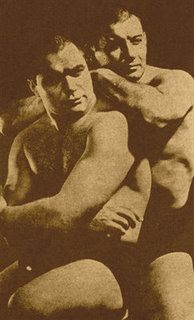 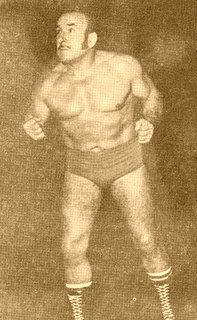 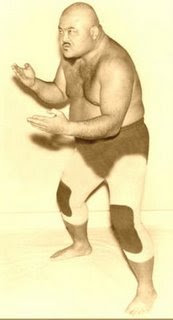 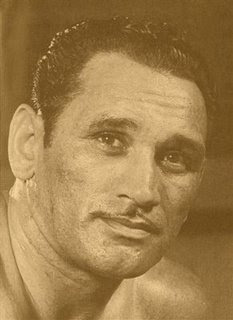 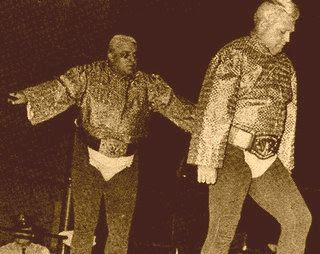 LUTHER LINDSAY downed JACK DANIELS.
Posted by Mike Cline at 3:24 AM No comments:

Watching the MID-ATLANTIC / WIDE WORLD CHAMPIONSHIP WRESTLING TV shows each week, viewers became accustomed to hearing specific 'catch-phrases' on a regular basis...
---
There was BOB CAUDLE's curtain line..."So long for now."
---
There was JOHNNY WEAVER's singing..."Turn Out the Lights."
---
And there was DAVID CROCKETT's weekly reference to the "Young Lions" of professional wrestling.
---
This was a reference to a number of young wrestlers who primarily jobbed for the main eventers for TV matches, or in plain terms, lost week after week. But that was their purpose.
---
Most of these youngsters, however, worked very well and gave good matches, even though viewers generally knew they wouldn't win.
---
Some of these guys went on to become big stars in the business, either for JIM CROCKETT PROMOTIONS, or other wrestling organizations.
---
Today, these men absorb the spotlight... 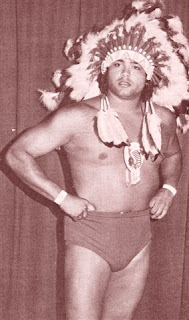 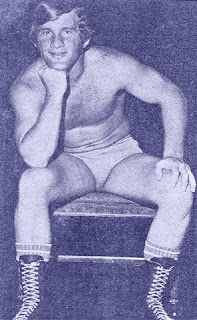 DOUG SOMERS
(first wrestled in 1971)
Always a great worker, either in JCP or later as a top AWA star. 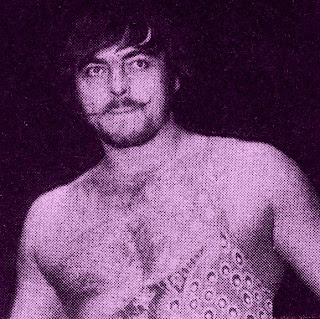 BILL HOWARD
(I know little about his career away from JCP, but always enjoyed his work in the MID-ATLANTIC territory.)
Posted by Mike Cline at 3:10 AM No comments: